We’re proud that BrightMarbles and Wacky Sheep joined forces this year to run “The Artist Isn’t a Sheep No. 3” contest, with the tagline “The Sheep Has Marbles”.

Wacky Sheep, appreciated in the entire region for their artistic originality, organized the contest alone in the previous two years. We’ve been secret admirers of this uniquely authentic design squad for a long time, so we decided to go public with our affection and unite with these marvelous artists.

BrightMarbles’ engineering drive and Wacky’s artistic passion were at the core of our partnership. Together, they served as a vehicle for supporting local designers and boosting the regional art scene.

Our idea was to promote gifted designers, give them more exposure, and prizes for their work. As a bonus, the rewarded pieces will be included in Wacky’s newest collection, and the pattern from the best solution will be printed onto the tailor-made swag for the entire Mibster family.

But first, here’s how the story unfolded.

All the participants were prompted that Wacky Sheep isn’t a typical sheep. She knows that if she uses her marbles, she can do unimaginable things; something that’ll improve not only her own flock, but the entire woolly community.

This sheep isn’t just a local ruminant. She has a bigger plan: she wants to change the entire world, like a long-haired sheep-star from some hippie song.

She isn’t just an explorer.

She isn’t only a hacker.

She’s more than an inventor.

Wacky Sheep is ANYTHING SHE WANTS TO BE.

Our mutual idea was to encourage the contestants to design their vision of Wacky Sheep as part of our Mibster family.

The entire BrightMarbles group is inspired by technology, creativity, and innovation. We’re looking for the extraordinary in every corner of the online (and offline) community. Today, everybody’s talking about developers. That’s why we made a deal with Wacky Sheep to do something different and contribute to the support of local artists and designers by giving them more exposure and rewarding their work.

Even during tough social and economic times, art is a unifying force, bringing people together while fostering innovation and creativity. The quality of the submitted works proved that arranging such a contest was the right thing to do.

All the rules and the €4,200 prize budget were specified when the contest was announced.

The jury had to select the best 29 works, two of which were announced as the winners. Online voters handpicked three more awardees. Besides, we chose three extra winning pieces created by our youngest entrants.

The jury announced Miloš Cvetković as the winner of the contest. His work, “Wacky Sheep: The Final Frontier”, took first place and the €2,000 prize. The Wacky crew and the BrightMarbles team have unanimously decided that this work perfectly communicates the style and theme of the contest. His work shows the voyagers of a Wacky starsheep on an 11-year-long mission: to boldly go where no sheep has gone before and seek the wackiest new worlds and civilizations. A huge bravo, Miloš! We can’t wait to see the hoody. 😎

Ivica Stevanović‘s unique series of phenomenal creations took second place and the €400 prize. We’re proud that this design style will be in Wacky’s collection for the first time.

As written above, the third, fourth, and fifth places were handpicked via online voting.

Aleksandar Koturanović‘s amazing work featuring Wacky Sheep and a Dragon got him 789 votes.

We want to thank the artists for taking part in our contest and the voters for contributing. Nevertheless, the number of votes is not the key here – all the works are similarly good. What matters is that we’ve attracted numerous people and put many talented artists in the spotlight.

We’re also well aware that this isn’t the fairest way of choosing the winner, but you get the idea of how hard it was for us to select the best of the best.

To be honest, we didn’t know how to objectively analyze and compare the talent of the young authors. Simply put, it’s not fair to compare contestants aged 5 and 15, respectively, only to award just one prize.

Magdalena Sretenović took first place in the category up to 7 years. 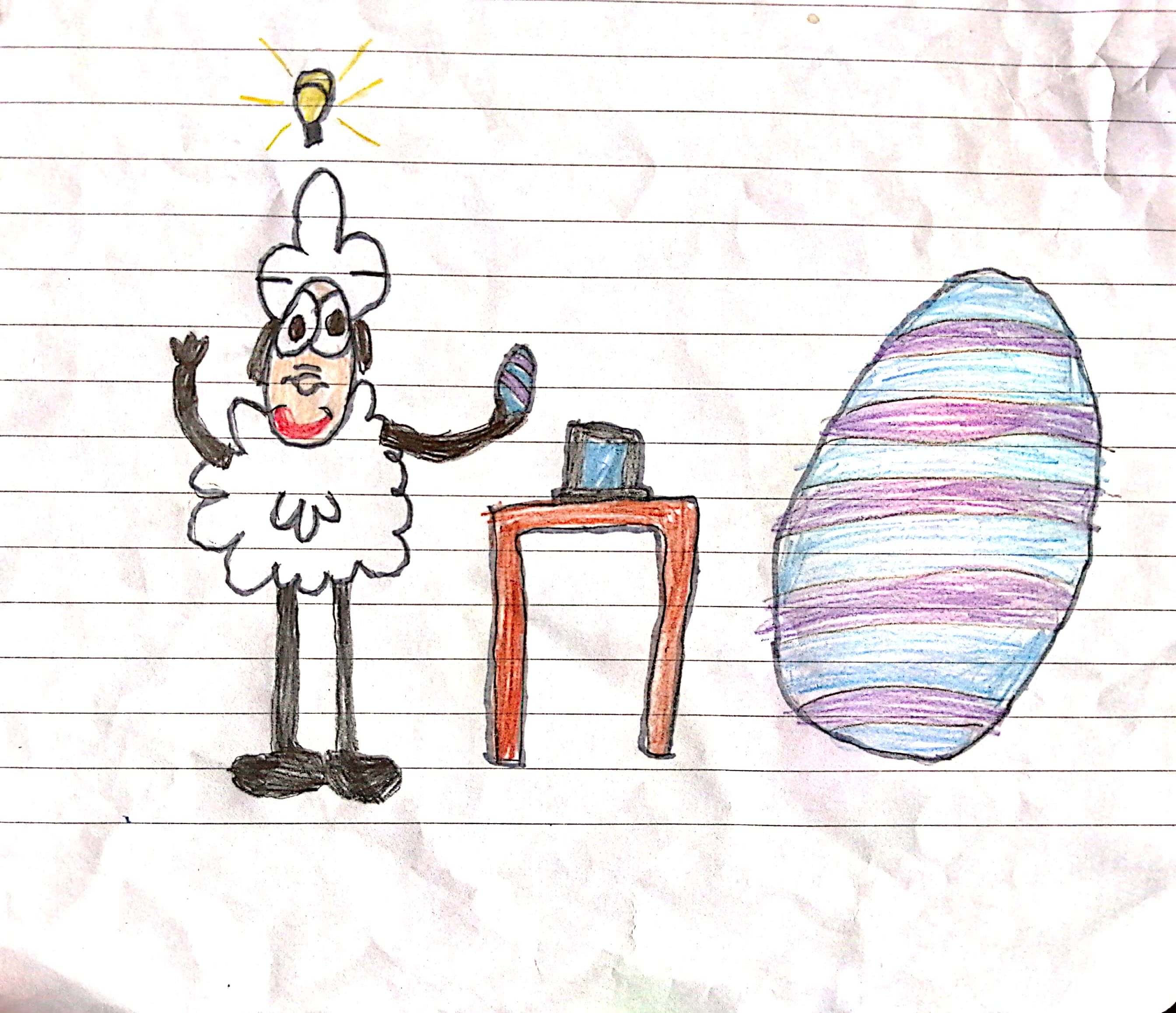 Jana Kostić is the winner in the category 7-10 years. 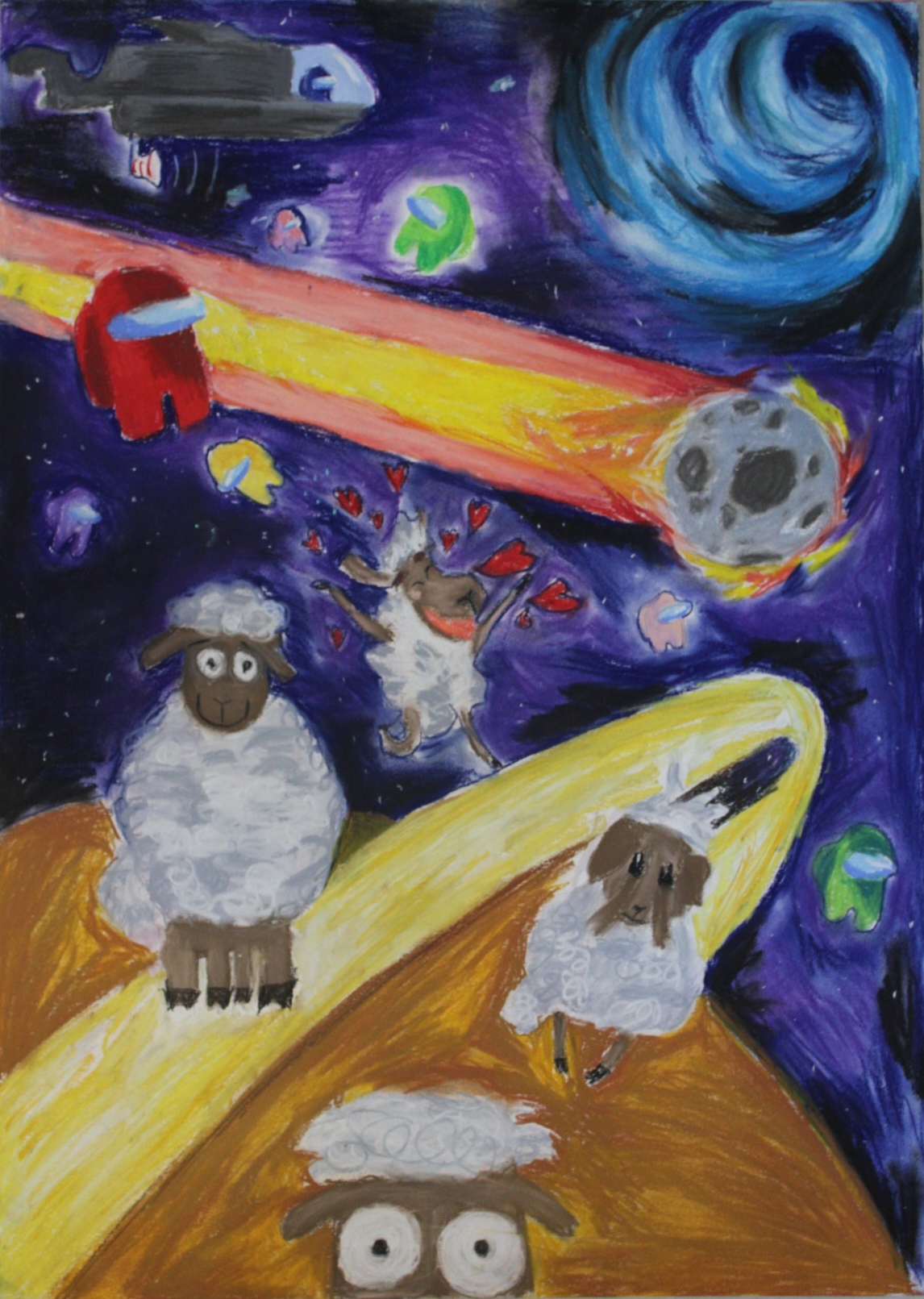 The winner in the category 7-14 years is Aleksandra Gajić. 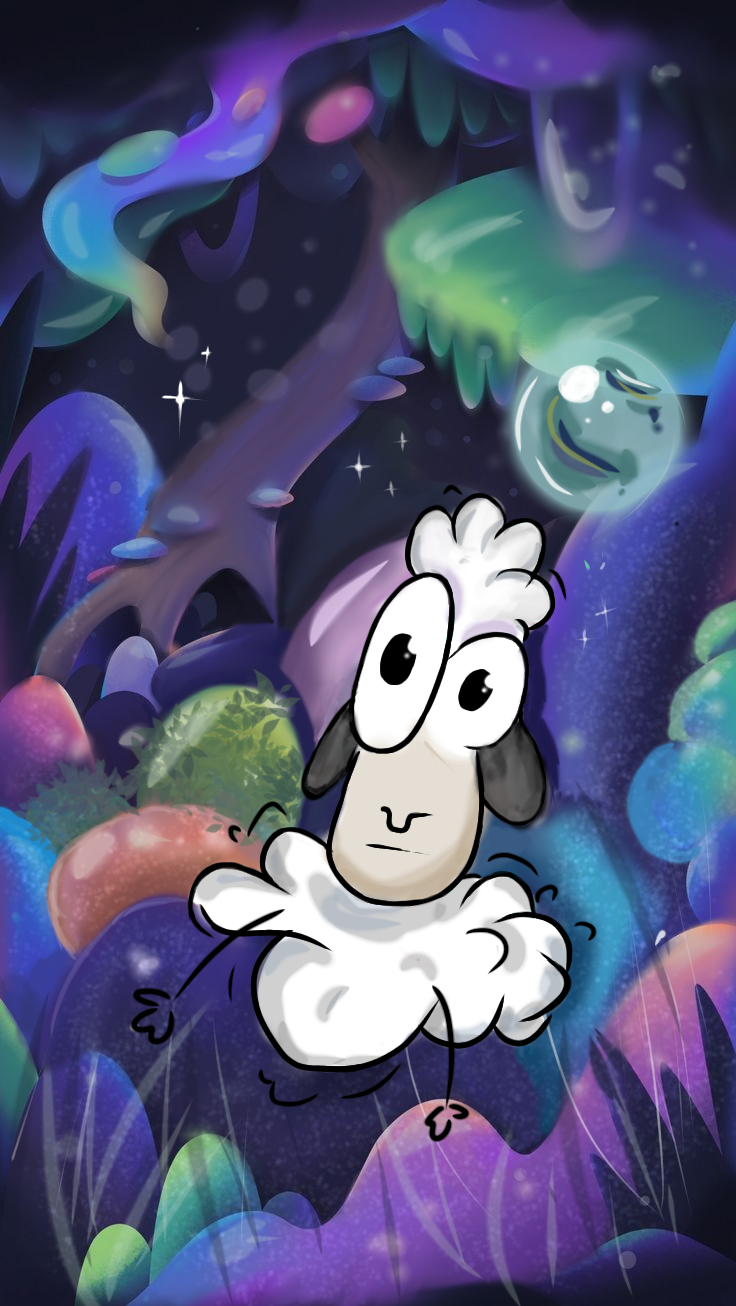 Each of the three winners in the Rockstar Kids category won the €150 prize.

Teodora Stojiljković won a bonus €150 prize in the category up to 7 years. She’s a tremendously talented and authentic young artist who makes incredible drawings for her age. Even though young Teodora lives alone with her mother under challenging conditions, her work is optimistic, positive, and joyous. We want to thank her and hope she’ll keep creating such genuine pieces!

We’re over the moon with the creativity and commitment of the authors who sent their works for this year’s contest. Our jury had a challenging job of selecting the best pieces. Also, we’re delighted with the turnout and participation of online voters.

Once more, we’d like to thank all the contestants and online voters and send a huge hug to all the young artists.

The rewarded works will be featured in Wacky’s newest clothing collection. The winning visual solution will be printed on a limited series of new Wacky Sheep t-shirts and hoodies for all our fellow Mibsters. We’re so happy we’ll be wearing the cool swag and displaying the fruits of our mutual effort. We believe that our experts will be even more inspired to keep developing grand tech solutions in stylish and comfy wear.

Finally, we can say that the artist is definitely not a sheep, and we’re looking forward to our 2023 contest.